According to customs statistics, in 2017 China's hardware products industry realized a total of 128.02 billion US dollars in import and export of goods. Among them, the total import and export value of the three major traditional industries of construction hardware, tool hardware, and daily hardware reached US$42.23 billion, US$23.19 billion, and US$16.444 billion, respectively, among the top eleven commodities in the hardware category, accounting for the total import and export volume of the hardware industry. 64%. According to the data, the import and export growth rates of the three traditional hardware industries also reached 11.25%, 10.73%, and 3.50%, respectively, showing a trend of “resting and improving”. With the rapid growth of the world economy, the domestic economy will continue to stabilize and improve. The traditional hardware products industry will usher in opportunities for change, and it is expected to achieve strides in structural optimization, technological innovation, and quality improvement. 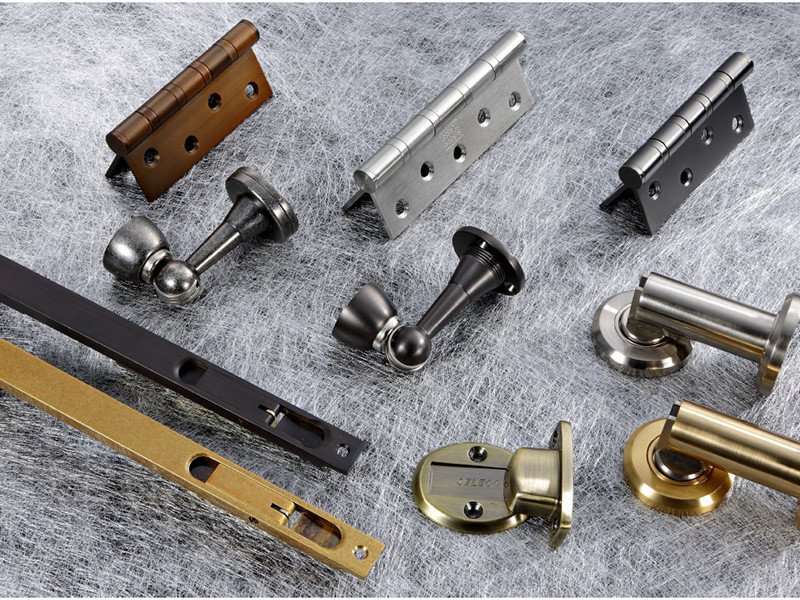 According to the monthly data analysis, the three major traditional hardware industries showed a steady upward trend in their annual import and export. The average level in the second half of the year was significantly higher than that in the first half of the year. In terms of trade, the proportion of general trade methods in the construction hardware industry and tool hardware industry has increased, with a growth rate of more than 10%, which is conducive to increasing the added value of exports, thereby improving the profitability of enterprises, and further optimizing the trade structure of the industry; The growth rate of the hardware industry was the lowest among all 11 categories of hardware, which was only 2.47%.

From the point of view of trade partners, trade partners are more diversified. While consolidating traditional markets such as the United States, European Union, and Japan, they have also achieved rapid exports to Brazil, India, Russia, South Africa, and other “BRIC countries” and “Belt and Road” countries. increase.

It is worth noting that, from the perspective of import and export price comparisons, the average import price of most products is higher than that of exports, except for daily hardware tools such as needles, buttons, and tool hardware (with cermets). average price. Among them, the average import price of lighters, diamond-boring tools, barber tools, saw parts, drill tools, flashlights, and other lighting equipment is more than 10 times the average export price. Increasing the value-added of products as soon as possible is still the direction of the overall efforts of the industry.

Traditional industries still face challengesion of the overall efforts of the industry.

Although the three traditional hardware industries made relatively satisfactory responses in terms of trade in 2017, the challenges faced by the industry remain the same, and we need to accelerate the pace of transformation and upgrading and structural adjustment in order to face the fierce market competition environment.

First, as the demographic dividend disappears, the company’s low-cost competitive advantage gradually disappears. Second, due to excessive dependence on exports, trade frictions have become the norm. Trade frictions are diversified. Third, the appreciation of the renminbi exchange rate in major trading countries has also affected the import and export trade.

Despite numerous challenges, the traditional hardware industry has been upgraded in all rounds of brutal competition, and the industry’s overall resistance to stress is stronger than ever. Under the guidance of national policies, it is expected to break through the bottleneck and enter a new realm of development.

With the promulgation of "Several Opinions on Developing a Good Market Environment for the Special Action for the Development of the Consumer Goods Industry's "Three Goods" in the General Office of the State Council, the hardware industry has carried out related work to improve quality, brand, and benefits and achieved a series of results. It is believed that with the overall orientation of the international economy picking up (the International Monetary Fund raised its global economic growth forecast by 0.1 percentage point to 3.7%; the World Bank expects the global economic growth rate will increase from 2.7% in 2017 to 2.9%.) Traditional Hardware The industry will usher in a new round of high quality growth this year and will also lay a more solid foundation for future development.

Hello, please leave your name and email here before chat online so that we won't miss your message and contact you smoothly.